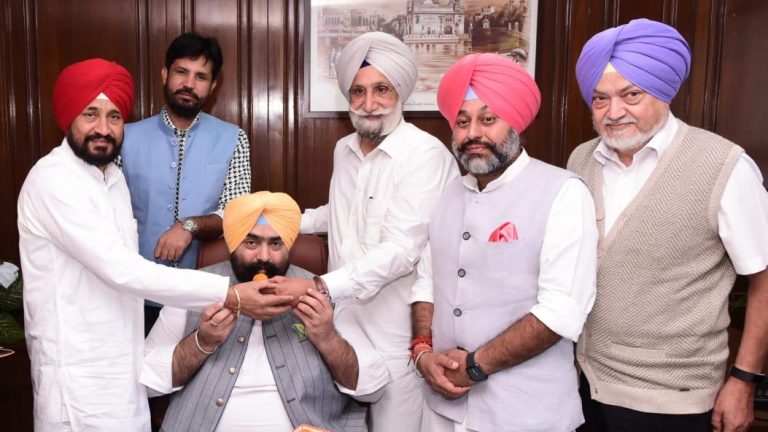 Congratulating the newly elected Chairman, Chief Minister Charanjit Singh Channy said that Under Mr. Dhillon’s leadership, the Markfed will attain further heights. “The co-operative institutions are directly connected with the economy of the State especially the farmers in order to make the state more prosperous”, added Channi.

The Deputy Chief Minister Sukhjinder Singh Randhawa who also holds the portfolio of Cooperation department, said that Kushaldeep Singh Dhillon will take Markfed further up the growth trajectory with his hard work, efficiency and vision. During difficult time of Covid, Markfed played a leading role in delivering services to people’s homes. said S. Randhawa adding the products of Markfed are known for their high quality which have a market even in foreign countries. He wished all the best to the newly elected Chairman.

On his part, Kushaldeep Singh Dhillon while thanking the party, the Chief Minister and the Deputy Chief Minister, assured that he would fulfill the responsibility entrusted to them wholeheartedly. He said that it was a matter of pride to have got the opportunity to serve as the Asia’s largest cooperative institution. Mr. Dhillon further said that strengthening the cooperative movement would be his top priority.